The Ghosts of Christmas Past

One good thing about a snow day in early December: being housebound, I got some serious indoor Christmas decorating done. That is, when I wasn’t looking out the window at the exquisite snow globe my backyard had become. 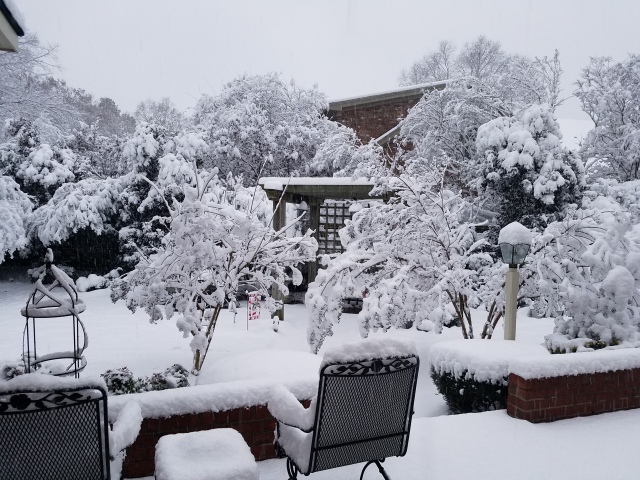 This year, I’m continuing the tradition of putting up two Christmas trees. One features a hodge-podge of ornaments: for example, crafts my young daughters made in kindergarten, Sunday School, Girl Scouts, wherever. The seven-year-old who cross-stitched this Santa stocking in 1985 is now forty years old. I wouldn’t trade these irregular stitches for the finest ornament sold. 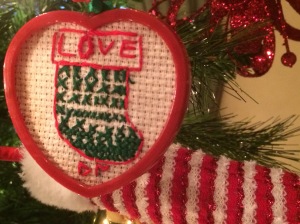 I call this hodge-podge tree my memory tree. My Grandma Hinton, who’s been gone for more than thirty years now, made these little felt gingerbread men for one of my first Christmas trees when I was married. Each year I think of her as I hang them together on the memory tree. 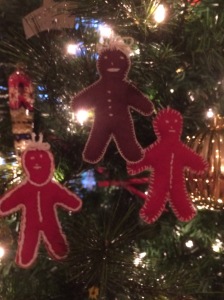 One year, my sister undertook what I consider the labor-intensive task of making dough ornaments. (Anything you have to roll out, cut out, bake, and paint sounds labor-intensive to me.) She gave me a wreath, a reindeer, and this Santa. He’s held up well over quite a few Christmases, considering he spends the off-season sweltering in the attic. That’s a little ceramic Santa in the corner of the picture. I have no idea where he came from. 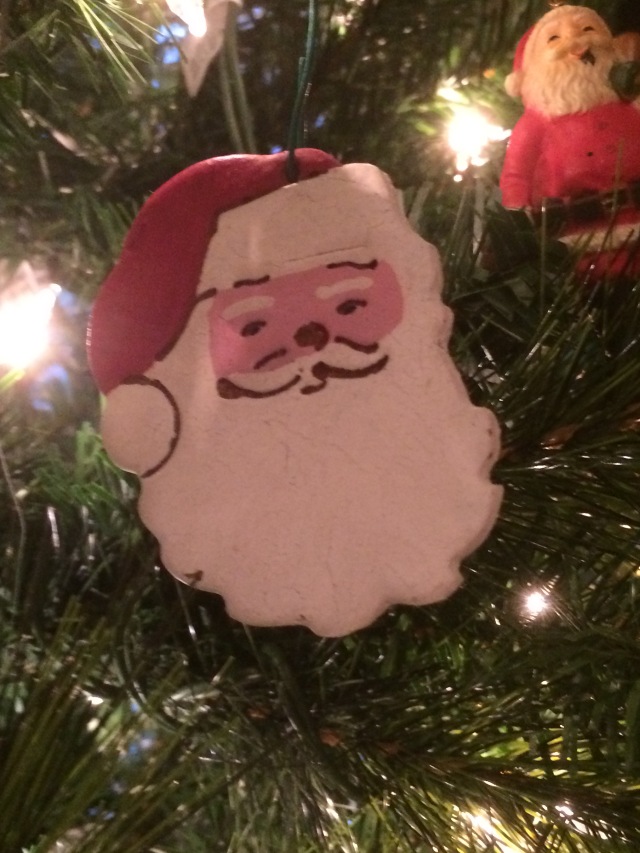 Over the years, my mother-in-law has given me lots of Christmas decorations. I became the recipient of her old manger scene when she decided to buy a new one. This is one hand-me-down I’ve loved. The nativity set was sold by Sears, made in Italy, and was marked down to $19.00. I’m getting all this information from the box. I have no idea what year my mother-in-law bought the manger scene or how long she used it, but I’ve had it at least twenty? thirty? years now. I added the colored lights and the angel on top. 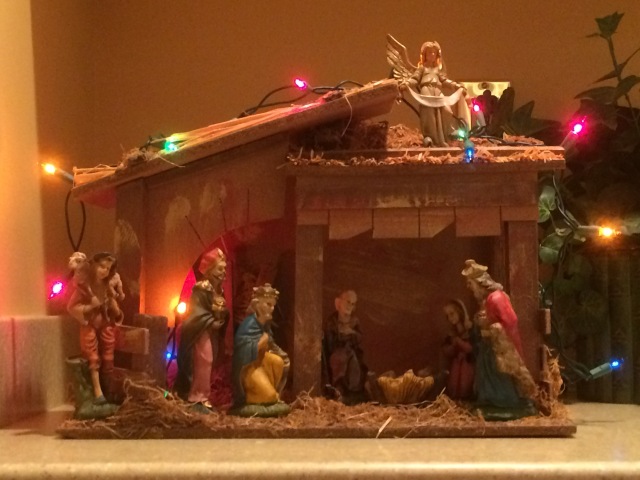 Remember the Department 56 villages? For several years, my mother-in-law would give me pieces of the New England Village for my December birthday and/or Christmas. I wound up with quite a collection, so much that I now set it up in two locations. I joke that the village has a suburb. Here’s what I consider the main village (since it has the sign; look closely). 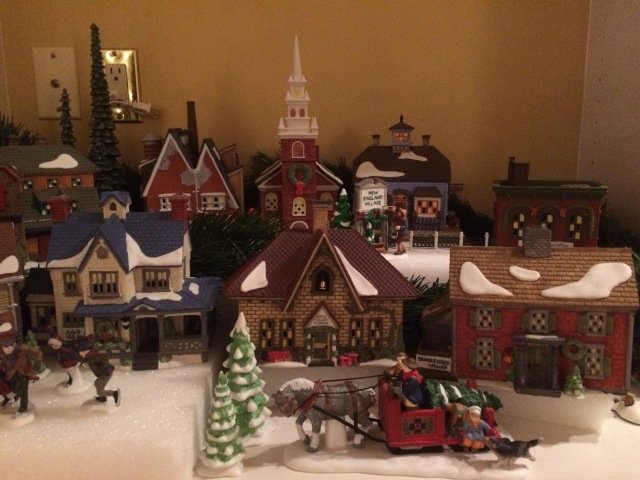 I try not to get too nostalgic as I decorate for Christmas each year. But taking these ornaments and accessories out of their boxes and putting them up is definitely a trip down memory lane.