Posted on January 7, 2019 by patsypridgen

Happy New Year. I’m home from ringing in the New Year in the southernmost city in the continental United States, tropical Key West. 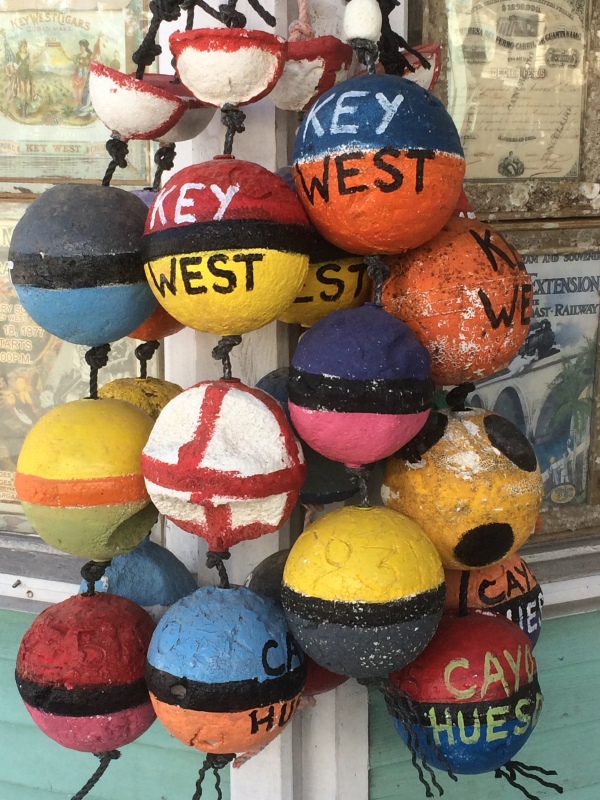 The warm, almost hot, winter temperatures were not the only difference I noticed in this Florida town. Key West is sort of an anything goes kind of place. Especially on New Year’s Eve. Of course, I asked for it, joining the mob on Duval Street, the main drag, counting off the seconds for the shoe to drop.

That’s the giant, artificial, very red ladies’ high heel in which Key West’s famous drag queen Sushi annually descends to ring in the New Year. CNN shows up to film, and it’s so crowded on the street in front of the pub where the drop is to happen, it’s scary. I got a photo of the shoe earlier in the night before the midnight mob made it impossible for me to get this close. 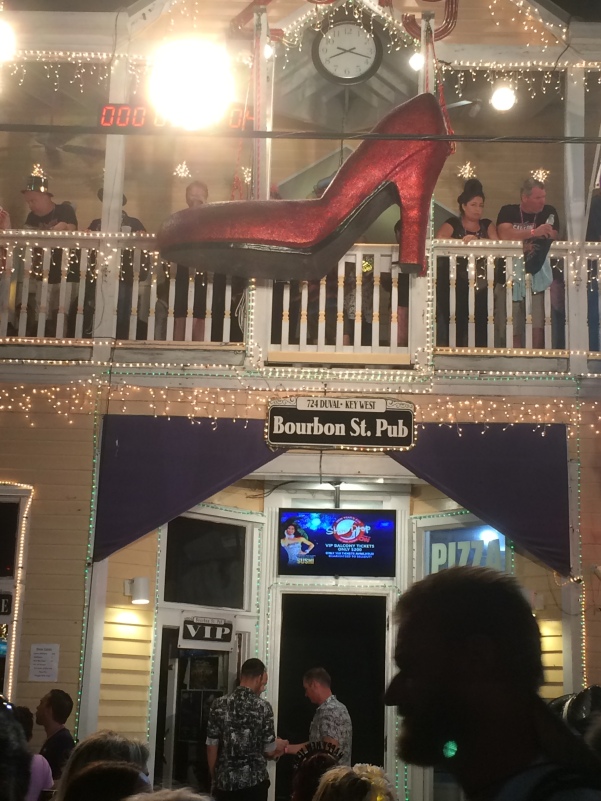 Key West is known for its drag queens. Not judging, just saying. All night long, people lined up to have their picture made with these “ladies.” Can you pick out the tourist? 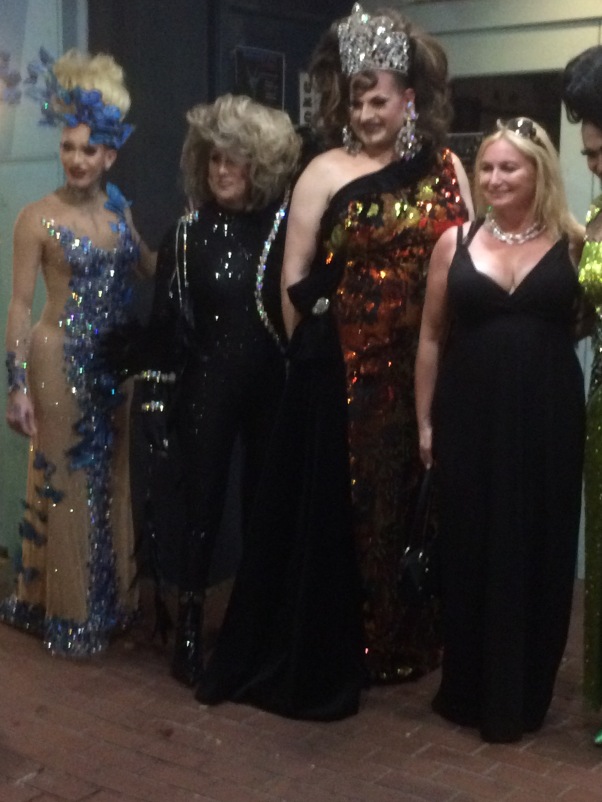 New Year’s Eve in Key West was the height of weird (my opinion; again, not judging), but there were other signs that I wasn’t in eastern North Carolina anymore. For example, where else do people paint their trash cans?

In what other town do folks go to the trouble to assemble an RIP 2018 display such as this?

In Key West, even the Walgreens is different. No standard brick and mortar here but rather a renovated movie theater. 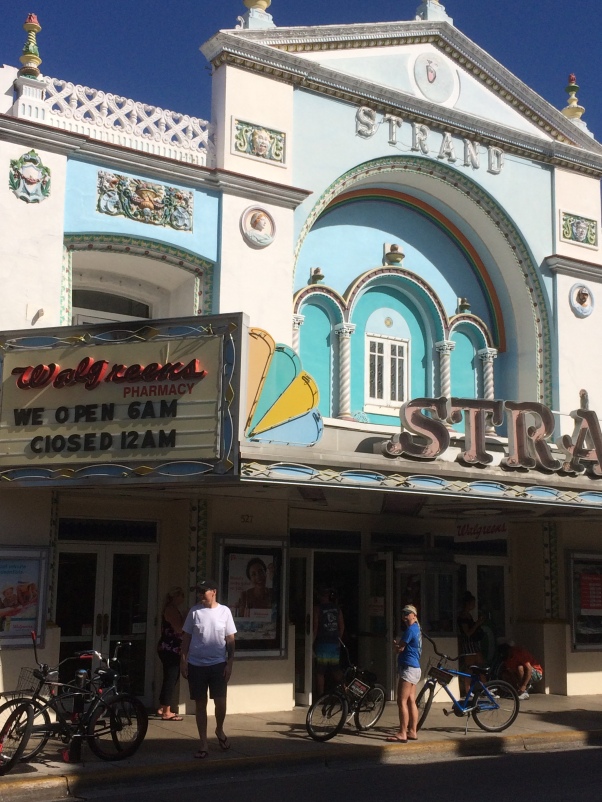 There was one sign, however, that Key West is still part of the United States and not just a town in La La Land. Even here, the federal government leaves its sometimes ugly mark.

I’d rather end this blog with a picture of a Key West sunset. Happy New Year.