She’ll Be Coming Round the Mountain

Remember the North Carolina tourism slogan: Variety Vacationland? Our state reaches from the coast to the mountains. Something for everyone!

Living in the eastern part of the state only two and a half hours from the Atlantic Ocean, my something has always been the beach. Until this summer.

My husband and I sold our Charlotte condo and invested the proceeds in a modest mountain house in Beech Mountain. 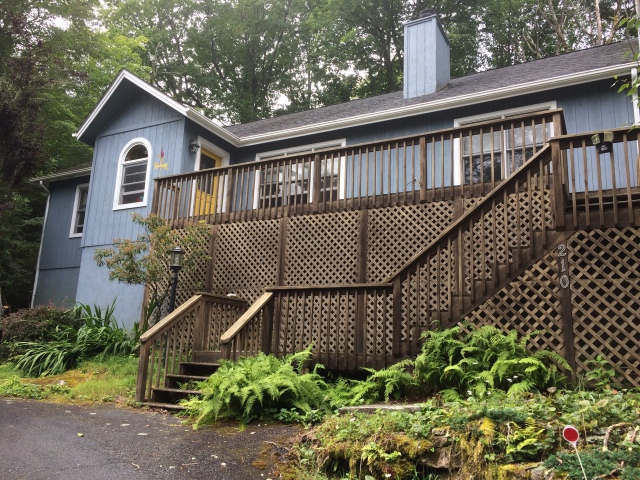 My daughter has a mountain home just a footpath away, so we decided to ignore the five-hour drive it takes us to get here from our eastern North Carolina home and enjoy the highland experience for a change. And the two young Charlotte grandchildren who walk through the woods to Grandma’s house for ice cream!

As you can see from the picture above, the front yard is full of plants (native ferns and other unidentified stuff), but I think I need a pop of color. Maybe next spring, I’ll put in some of these daisies I see growing all around Banner Elk and Beech Mountain. Evidently these flowers are one of the few plants the abundant deer here don’t eat. 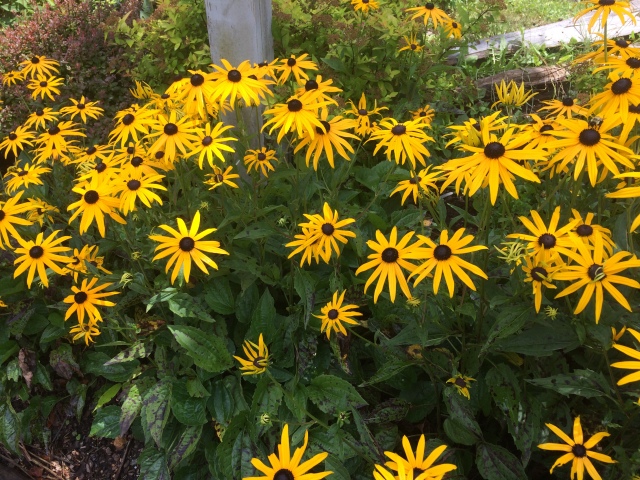 One of the features that sold us on the house was the nearby mountain stream. We can sit on our back deck and hear the water trickling. There’s even a bedroom in the house where the soundtrack through the open window is this running stream.  I call it the Tranquility Room.

My favorite indoor feature is the stone fireplace in the living room. I’ve propped a picture with similar colors on the mantle to break up the vast expanse. I’ve also enjoyed arranging my books and knickknacks on the shelves to the right. 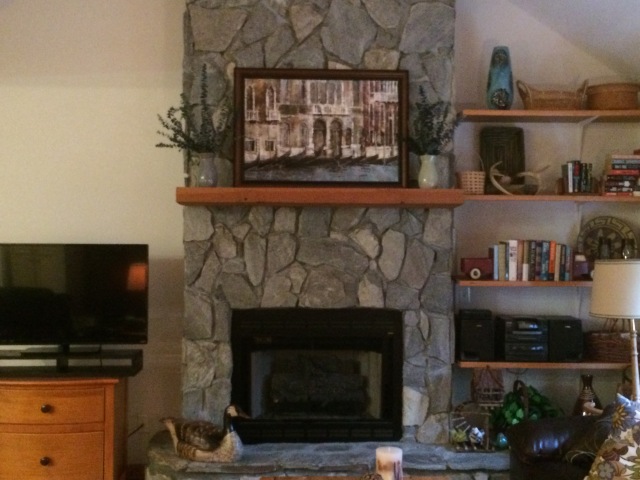 I need a bigger piece of furniture (and my husband says a bigger TV) to the left of the fireplace. I’m thinking some big old oak sideboard repurposed as a television stand would look cool there. I love an excuse to hit the secondhand antique shops. The farm truck bookends below came from such a store in Wilmington, NC.

I’ve done some painting to perk things up. The front door was a dull green that didn’t seem to match the house and did nothing to set off the stained glass insert. I went with a fun yellow, maybe to match next year’s daisies! Three coats later–which I applied myself, I’m proud to say–I have a happy door. Uh oh, is that my reflection in the picture? 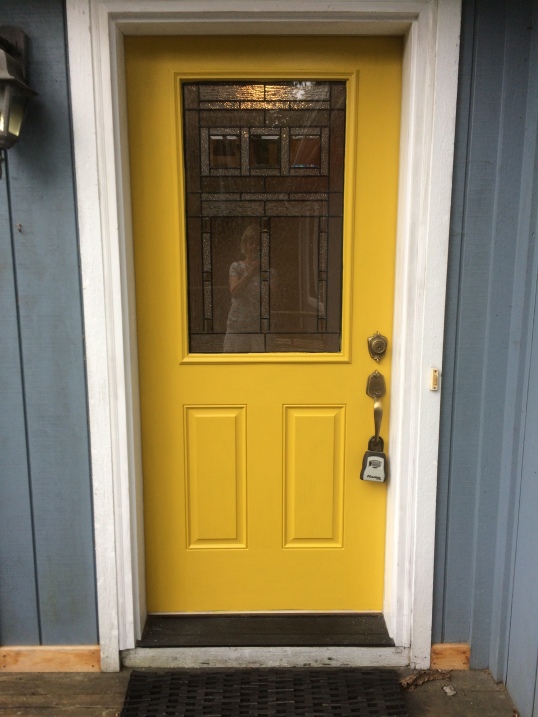 A rusted weathervane came attached to the front porch. I went even funkier painting it. Hey, it’s a mountain house. Anything goes.

Yes, that’s a gravel road in front of the house. I feel like I’m kinda semi-camping in this house with no air conditioning–not really needed at our elevation- and abundant ferns everywhere I look.

Jan Karon wrote the popular Mitford series featuring Father Tim, an Episcopal rector in a small mountain town loosely based on Blowing Rock, which is only a half hour or so from Beech Mountain (http://www.mitfordbooks.com/).

I often think about the lovable Father Tim and his parishioners as I enjoy my simple life in a blue house on a gravel road atop a North Carolina mountain.

2 Responses to She’ll Be Coming Round the Mountain