Atlanta Has Lots of Hotspots

What was there to do in Atlanta, Georgia over a four-day trip other than watch my youngest daughter run a marathon in 2 hours, 44 minutes, and 25 seconds? Well, in addition to hanging out in Centennial Park, the site of the Olympic Marathon Trials, I visited some other Atlanta hotspots.

I love history, especially American history, and the Atlanta History Center specializes in Civil War stuff. The Battle of Atlanta is a restored cyclorama painting that is worth the price of admission all by itself.

What is a cyclorama, you may ask? (I didn’t know either.) It’s a circular picture of a 360 degree scene. You view it standing inside. At 49 feet tall and 10,000 pounds,  The Battle of Atlanta is HUGE. Longer than a football field, it wraps around the walls. Below is just one small segment. 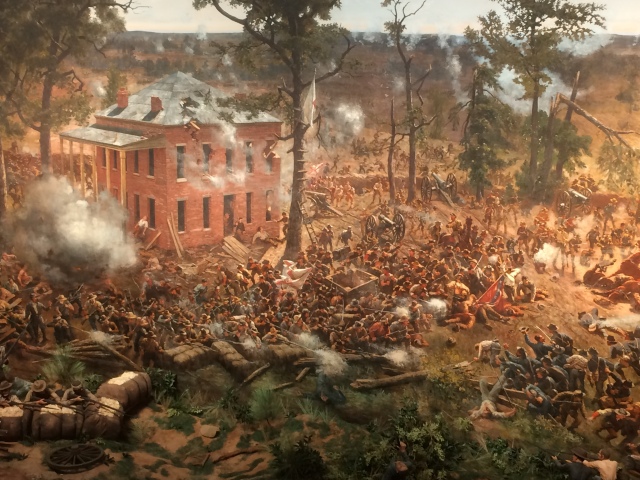 The story goes that Clark Gable, viewing the cyclorama, pronounced it wonderful except for the fact that he wasn’t in it. After all, he argued, he had portrayed Rhett Butler in Gone with the Wind, and who can forget that scene of the burning of Atlanta? So, the Atlanta power brokers of the time had Rhett Butler added to The Battle of Atlanta. So much for historical accuracy. 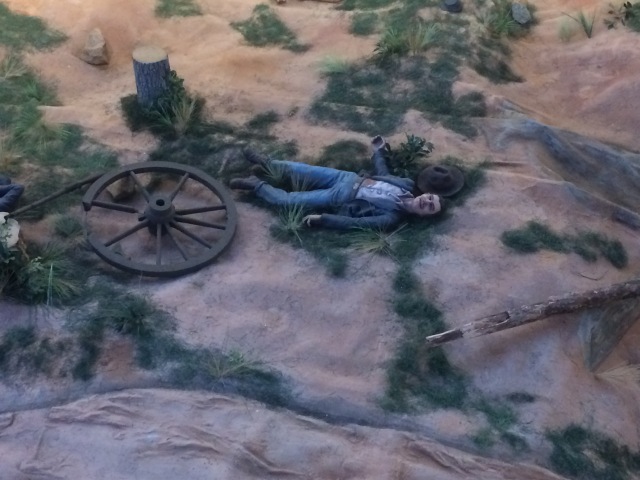 There were other attractions at the Atlanta History Center: one of the country’s largest Civil War exhibitions (lots of artifacts), an old-timey locomotive, the 1930s Swan House, and walking trails. But I must move on.

The ticket we bought for the Atlanta History Center also got us into the Margaret Mitchell House, which was a few miles away but worth the trip for me, a lover of Gone with the Wind (both the book and the movie).

Actually, Margaret Mitchell and her husband didn’t live in the entire house but only an apartment within the house. Still, I got to see the exact spot where she wrote most of Gone with the Wind. Yeah, I know it’s kinda staged, but still… 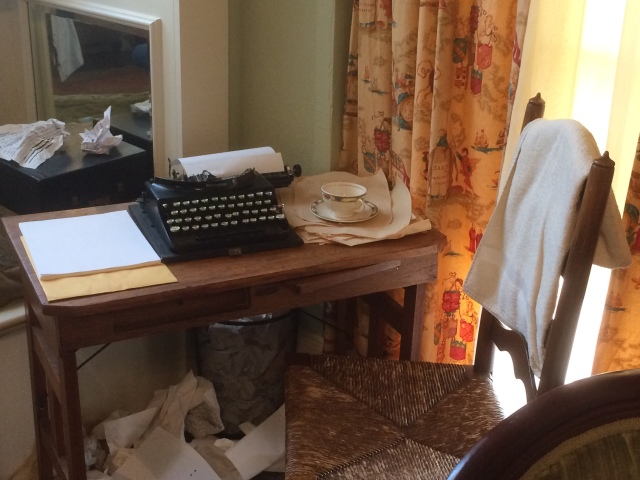 Across from the house in another building were items relating to the movie. Look at this spectacular portrait of Vivien Leigh as Scarlett O’Hara. This is the painting that hung in Rhett Butler’s bedroom in the movie. Doesn’t he hurl his whiskey glass at it at some point? 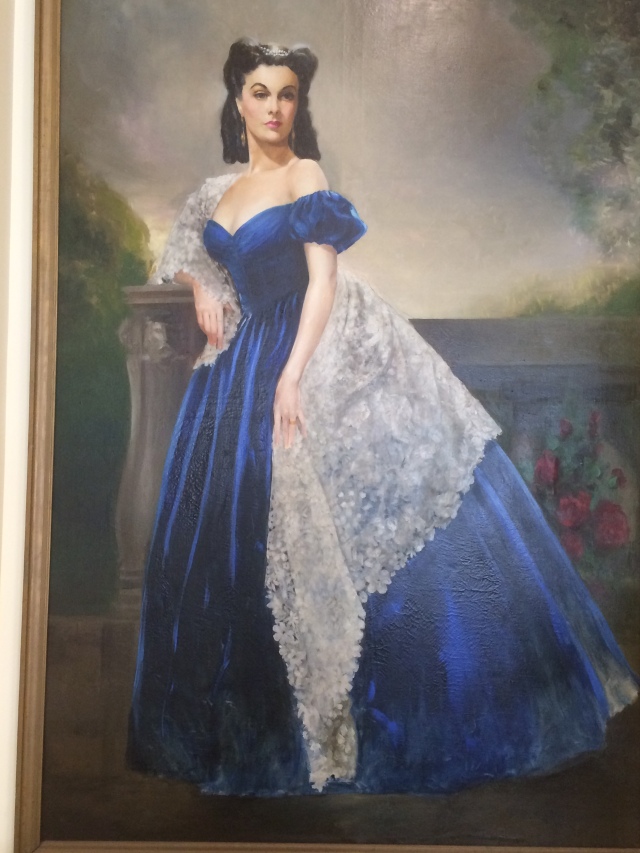 As you may know, some pharmacist in Atlanta invented Coca-Cola. The city has capitalized on this fact, and a museum called the World of Coca-Cola is a popular tourist destination.

I probably would have passed on this Disney World sort of attraction, but I was in the company of a granddaughter who was keen on going. I’m not a huge lover of soft drinks (unless there’s something a little more interesting mixed in), but I did find the visit to the museum entertaining. Lots of Coke memorabilia! 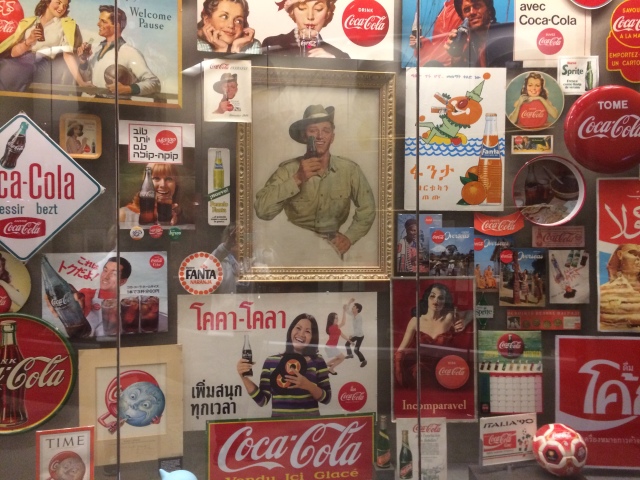 Another popular Atlanta attraction I would probably have skipped is the Georgia Aquarium. I’m not a huge fish fan, and I’ve been to aquariums in other cities. But again, I had grandchildren who wanted to go.

I’m glad I went. I learned the Georgia Aquarium is the largest aquarium in the world. IN THE WORLD. Yes, I needed to visit such a place. Don’t ask me to name all the sea creatures I saw, small and large, but from seahorses to porpoises, it was pretty amazing.

I also got a kick out of watching my grandsons experience the sights of the aquatic world. Here’s the younger one with his mom. 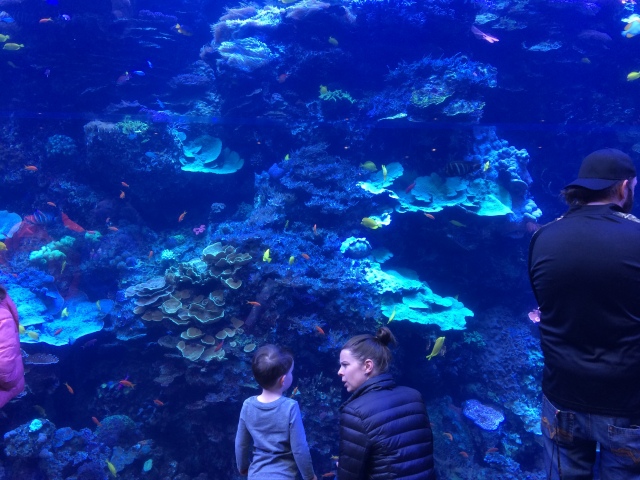 I still have Atlanta walking tours I want to do one day to see the birthplace of Dr. Martin Luther King and Ebenezer Baptist Church. There are historic neighborhoods, parks, and cemeteries to explore. The Jimmy Carter Presidential Library and Museum is in Atlanta, too, and I’m sure that would be worth a visit.