Trash County? I know: I bristled a little too when I heard my home county of Nash referred to by this name. But then I started paying more attention to the roadsides, not only in Nash County but within the city limits of Rocky Mount as well.

I saw a lot of cans, bottles, paper, and household items, in other words, a lot of trash. I wrote about the litter problem in my last column for the Rocky Mount Telegram (http://www.rockymounttelegram.com/Patsy-Pridgen/2019/03/03/Litterbugs-Are-Trashing-the-Area.html).

In my column, I specifically mentioned a white plastic basket and somebody’s old door, both lying for days and days by the side of Hunter Hill Road, within the Rocky Mount city limits. 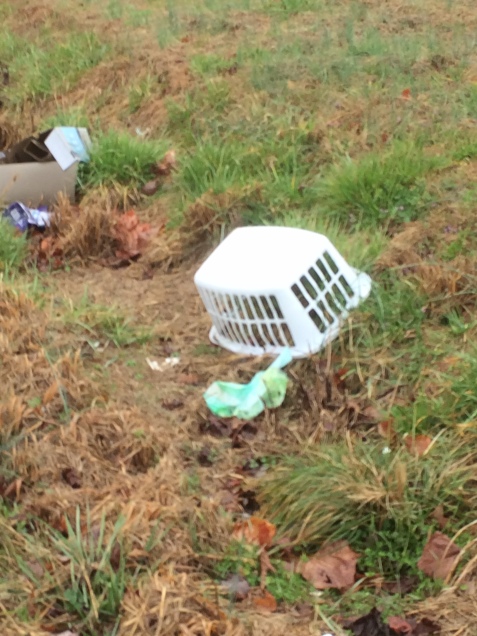 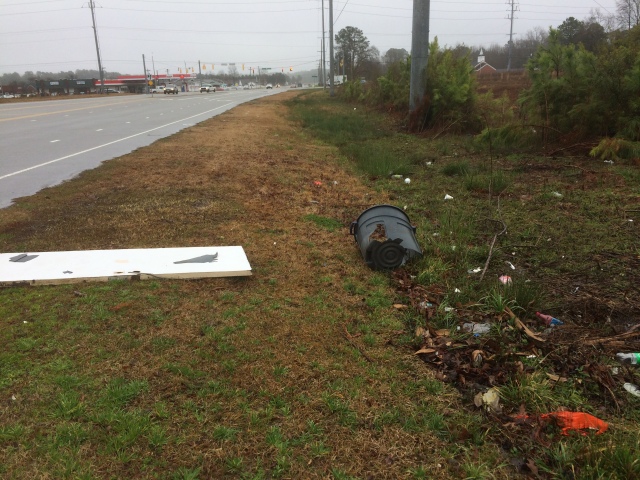 Guess what? This morning as I drove down Hunter Hill Road on my way to Planet Fitness, both items were gone. The trash around them still remained, but the door and the laundry basket had disappeared.

Or maybe the person or persons who dumped them in the first place went back for them out of guilt or fear of being named. Or maybe somebody who doesn’t read the paper just finally, randomly picked up these big items, leaving, as I said, the rest of the trash around them. What do you think happened?

Also gone was the portable anti-litter sign I mentioned in my column. When I checked today, it was no longer near  the intersection of the Thomas Betts Road and Highway 48. Perhaps it travels around, kinda like the Elf on the Shelf. Anyone seen it somewhere else?

I’ve learned a couple of litter-related items from column feedback. My friend Sarah Williams told me that the North Carolina Department of Transportation has a phone number to report littering through its Swat-a-Litterbug Program: 877-368-4968.

You can opt to fill out an online form (just google Swat-a-Litterbug) instead of calling. In either method of reporting, you’ll need the offender’s license plate number and where the infraction occurred.

The meeting will begin at 8:30 on a Thursday morning. Wow, that’s early. But I guess an early morning meeting about litter is the price I’ll pay for complaining in my column about trashy roadsides.

And if what this group is doing can help combat somebody leaving a dirty diaper beside Jeffreys Road at the Cobb Corners stoplight–well, I want to hear about it.