My third visit to Rocky Mount’s historic districts took me downtown or uptown, whichever term you use. The Historic District crowd calls it Central City.

Main Street is a main attraction here, or was in its heyday, but there’s a lot more to Central City, so much that I’m not doubling up neighborhoods today, but giving downtown/uptown its own entry. Also, most of what caught my eye wasn’t residential, hence the slash in the blog title to include “This Old Town.”

I began my tour at the north end of this district, where I took a picture of the historic Church of the Good Shepherd. This beautiful Episcopal church dates from 1877. Simple and classic, as many old Episcopal churches are. 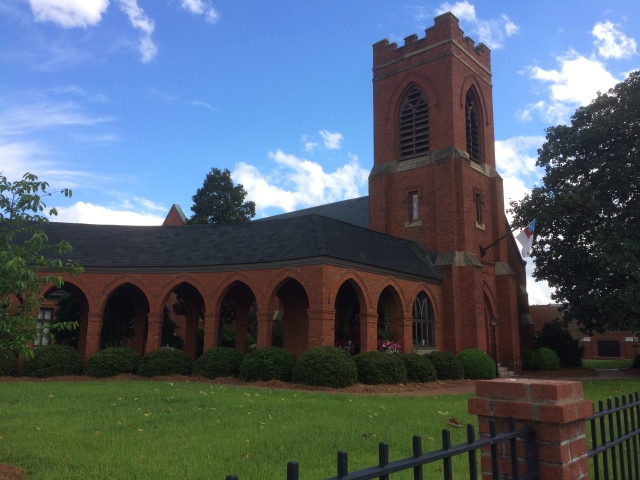 From there, I drove south following Main Street to the Helen P. Gay Historic Train Station. When I traveled by rail the other year from Charlotte to Rocky Mount, this circa 1930 renovated railroad depot was one of the most impressive on the route.

Not too far from the train station is historic Fire Station No. 2, built on Church Street by D.J. Rose in 1924. I’ve read the style is Mediterranean Revival. What an elegant public building. 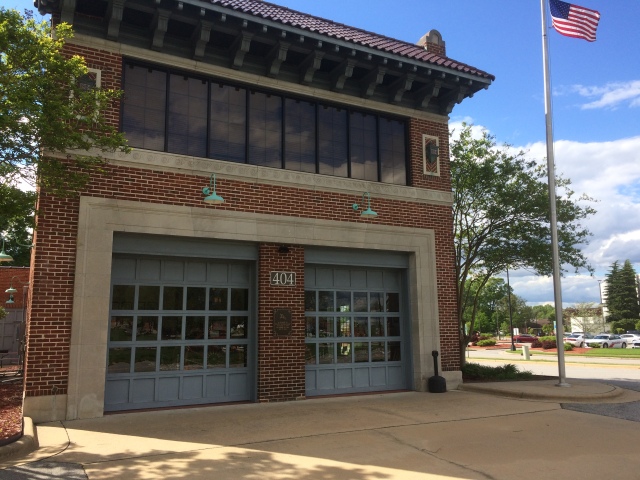 Located beside the fire station at 416 South Church Street is the circa 1895 Summerlin House. According to the Rocky Mount Historic Districts website, this “two-story Queen Anne-style house is the only surviving dwelling constructed during Rocky Mount’s 1890s boom period on Church Street….” As you can see from the boarded-up windows, it needs a loving owner to restore its former glory.

Speaking of renovation, I’d love for the old Masonic Temple, circa 1927, to be turned into a theater or dinner club, maybe a musical venue. I’ve always been fascinated by this building, partly because the Masons themselves seem so mysterious to me. The Egyptian Revival architecture of the building also adds to its allure.

The old Central City post office is another imposing structure. Located across the street from the downtown campus of Edgecombe Community College, this beautiful limestone structure no longer deals in mail. Instead, there’s a sign in front that sounds like an invitation to developers.

No trip to Central City would be complete without mentioning the railroad track that acts as the dividing line between Nash and Edgecombe counties. Coming back from the Edgecombe side, I got caught by a passing train, as has happened to me many times over the years.

I’ve heard people say they don’t feel safe in downtown Rocky Mount. I parked my car in several locations, got out, and walked around to take the pictures above. I never felt any sense of danger. Just a feeling of being one of the few people hanging out in an area that I’d love to see as alive as it once was.

Coming soon: the final installment to This Old House, the historic neighborhoods of Villa Place and Lincoln Park.