Villa Place was featured on a walking tour I took a while back, so I knew right where to find this lovely historic neighborhood tucked away near

downtown Rocky Mount. Developed from about 1900 to 1949, many Villa Place homes are on the well-known streets of Pearl, Nash, and Grace.

Probably the most impressive and recognizable home in Villa Place is Machaven, a National Registry Property built in 1907-1908 in the 300 block of South Grace Street.

I remember my young nephew falling in the goldfish pond on the front lawn of this house at a wedding reception years ago. The house has been idle for some years now but is currently being renovated and supposedly will be open to the public again for various functions. I certainly hope so. I’ve missed Machaven. 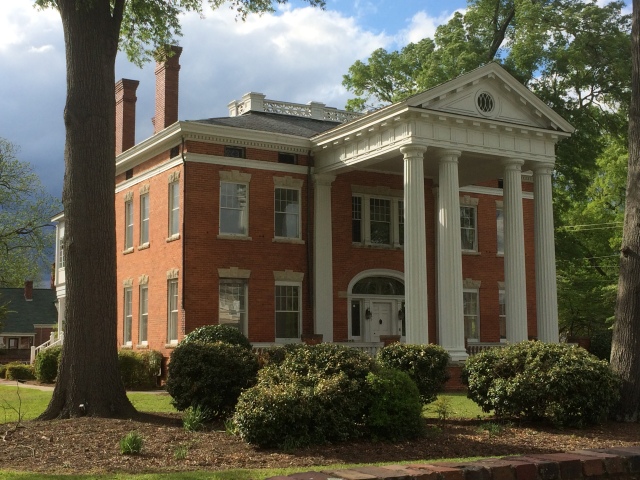 Another landmark in Villa Place is the James Craig Braswell School. According to the Rocky Mount Historic District website, the 1940 two-story brick structure was designed by Rocky Mount architect Harry J. Hades and built by contractor D.J. Rose. Do you know anyone who attended or taught at Braswell School? I do. 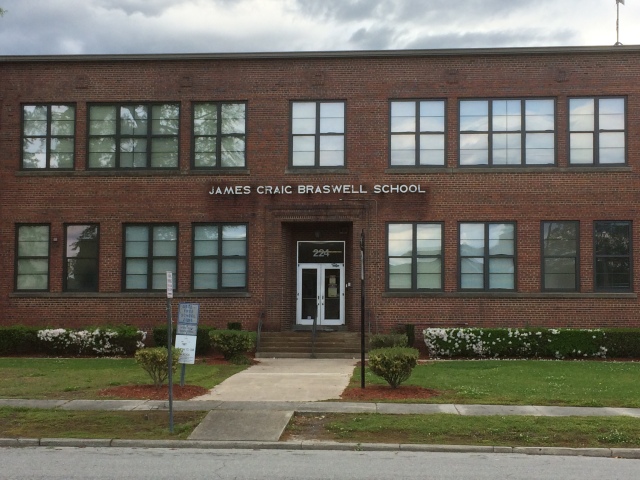 Just look at these colorful homes in Villa Place. I almost feel like I’m on Rainbow Row in Charleston, South Carolina. I love, love, love the gingerbread trim on the porches of these Victorian-style houses.

Here’s another street view a couple of blocks away. The colors are more subdued on these large bungalows. There’s something for everyone in Villa Place! 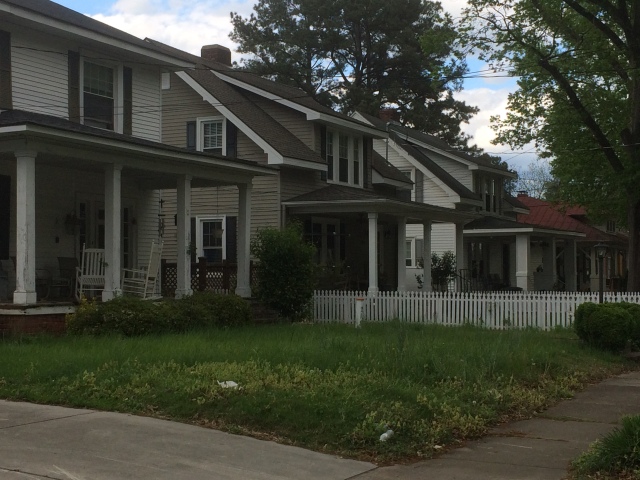 I gushed over this house at 304 Pearl Street in a column I wrote for the Rocky Mount Telegram a few years ago. I now know it’s called the Mary Thomas Bullock House and is considered to be a wonderful example of early twentieth century Queen Anne style. In another life, I can picture myself sitting on that wraparound porch with a glass of lemonade, chatting with neighbors walking by on the sidewalk.

Of all the historic districts I visited, Lincoln Park was the only one I was totally unfamiliar with. Why did I not know the story of this area?

The historic marker tells how the neighborhood came to be developed.

Yes, to quote the sign, “The neighborhood was the first housing district designed in Rocky Mount to cater towards middle class African-Americans seeking opportunities to become homeowners.”

The houses are mostly modest affairs, built between 1948 and 1953 during the post World War II boom years. The Rocky Mount Historic Districts website describes the style as Minimal Traditional.

Fancy awnings make the home pictured below stand out. And what an inviting front stoop. It’s also interesting that this front stoop doesn’t face the street; rather, those ornate awnings do.

This home uses partial brick for siding. With the Tar River behind it, the house sits on a slight incline. I imagine the backyard slopes down to the river.

As with almost all the historic neighborhoods I visited, Lincoln Park had a few abandoned houses. Is that a central chimney I see in this house? Wouldn’t it make a cute home for a young couple or a retiree? 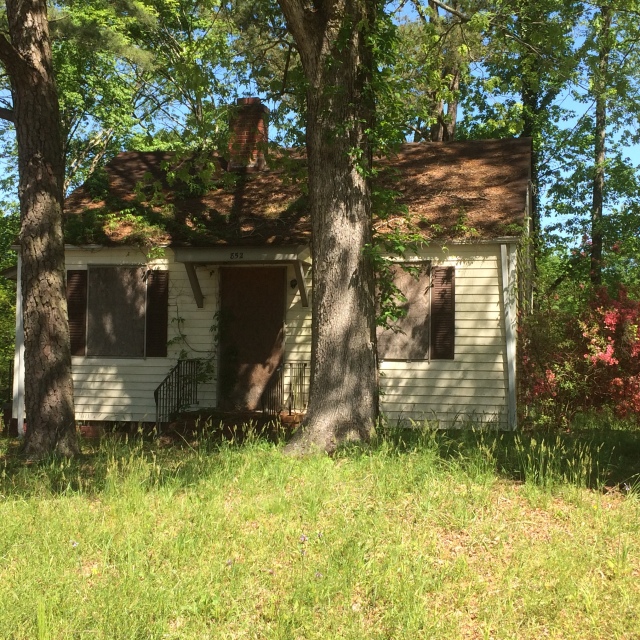 Speaking of abandoned, the Lincoln Park Motel and Restaurant are but faded reminders of former glory. Built in 1953 during the days of segregation, this landmark motel and restaurant did a booming business in their heyday catering to traveling African Americans.

The restaurant was known far and wide for its barbecue and also featured professional entertainers such as Mahalia Jackson and B.B. King. Wow. 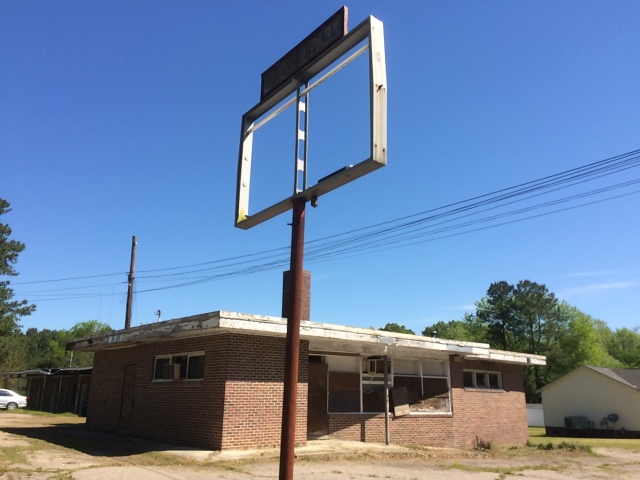 If you live in the area, I hope I’ve inspired you to get in your car and drive around Rocky Mount. Find a historic district, park, and get out. Walk up and down the sidewalks. Get a feel for the history of Rocky Mount.