All Politics Is Local

Posted on September 24, 2019 by patsypridgen

I think it was former U.S. Speaker of the House Tip O’Neill who once said, “All politics is local.” Well, you can’t get more local in politics than I did Monday, working the 4-6 p.m. shift at an early voting site for the City of Rocky Mount elections. 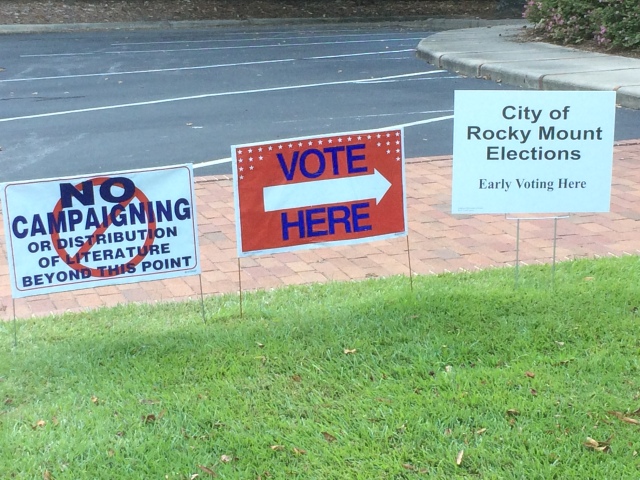 I was at the Nash Ag Center, one of the two locations designated for early voting (the other is Braswell Library). There were three of us soliciting voters: me, another lady, and the candidate running against my choice for Ward 5 City Council, Lige Daughtridge.  Lige’s opponent shall remain unnamed since I’m operating on a policy of no publicity for the opposition. I will say he seemed to be a nice enough person, and I respect him for his decision to run.

The three of us saw maybe a dozen voters in the two hours I was there, but hey, local elections can be decided by a handful of votes. Of course, that’s assuming I changed anybody’s mind. I did my best. Each time voters approached, I got off my chair, grabbed brochures and stickers, and brazenly asked whether they lived in Ward 5. If they didn’t know, no problem. I had a clipboard listing all the Ward 5 streets in alphabetical order. I was a fountain of information. 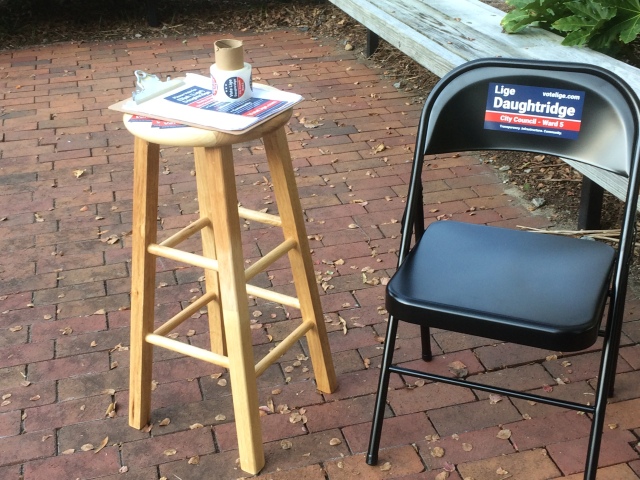 I was also hot and plagued by gnats and, near the end of my shift, mosquitoes. I’d been told to take bug spray but in my hurry to show up on time, forgot to do so. I didn’t complain, though, since my two-hour shift paled in comparison to the time served by Ms. Rosa Hankerson, the lady campaigning for Sandy Roberson, candidate for mayor. She’d been there since morning. 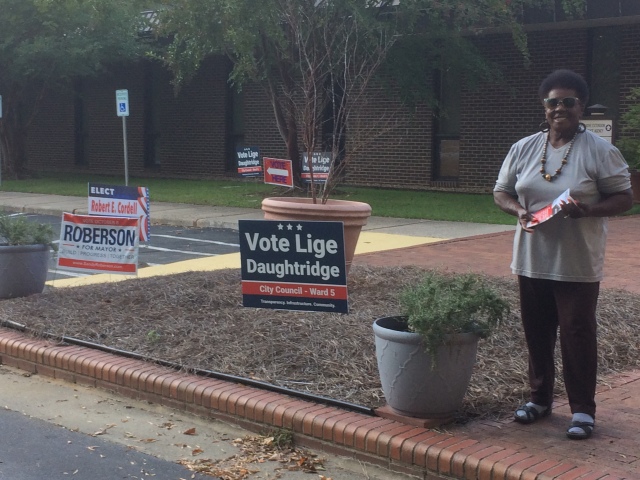 Having some time to look around, I noticed how accommodating the voting process has become. I would assume this concession for curbside voting is for handicapped people and not folks who just don’t want to get out of their cars. After all, this is early voting, not Sonic.

I love the polls. Even on a slow day, there’s an excitement about the whole business of people showing up to cast ballots for their chosen candidate(s). There’s nothing more American than exercising the right to vote.

Wherever you reside, I hope you vote in your local elections. And if you happen to live within the city limits of Rocky Mount, Ward 5, here’s how I recommend you vote between now and election day, October 8 (see picture below). 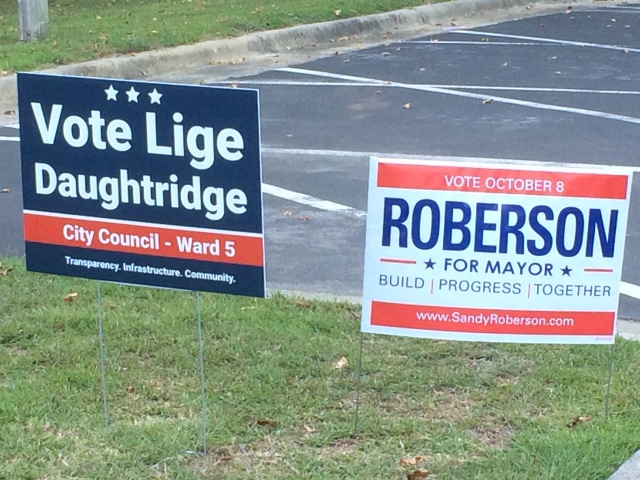 Forgive me if I sound pushy; I’m still in a working-the-polls mood.